Heritage Rose is a prestigious and market-leading sash window that simply oozes period charm and character.

For this reason, more and more homeowners across the UK are opting for Heritage Rose when replacing their windows.

Designed with all the traditional detailing found in the period era, Heritage Rose comes in a range of colours to suit your individual needs. Read More about Sliding Sash Windows

Fulham is an area of the London Borough of Hammersmith and Fulham in west London.
It is 3.7 miles (6.0 km) south-west of Charing Cross. It lies on the north bank of the River Thames, between Hammersmith and Kensington and Chelsea, facing Putney and Barnes.

Fulham has a history of industry and enterprise dating back to the 15th century.
It was involved in pottery, tapestry-weaving, paper-making and brewing in the 17th and 18th centuries.

Lillie Bridge Depot, a railway engineering depot opened in 1872. It is associated with the building and extension of the London Underground, the electrification of Tube lines from the nearby Lots Road Power Station.
For well over a century has been the maintenance hub for rolling stock and track.

It is also considered a prime London area by estate agents. Two football clubs, Fulham and Chelsea, play here. There are two exclusive sporting clubs, the Hurlingham Club known for polo and the Queen’s tennis club known for its annual pre-Wimbledon tennis tournament. 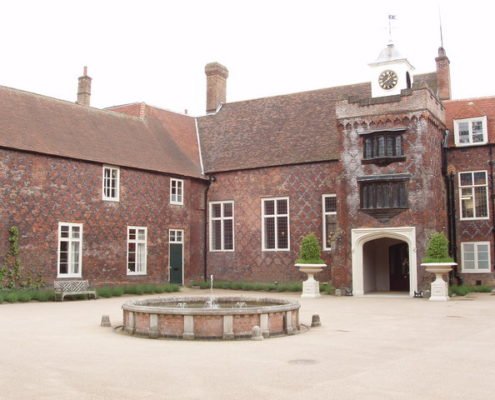